REMINISCING.. ( one of my favorites:)


Hong Kong-as it was in 2017:
When visited by 5 African-American tourist, (comprised of 4 educators &  their photographer)   Enjoy it, it may never be seen  as it was during their visit. Even though it was during Typhoon Hata, they still enjoyed their visit.
SlideShow
https://youtu.be/vc668qbELIQ
E-Books & Paperback:
http://a.co/d/c4opY3i
( Picture book consist of 100+pages)

Enjoy & Share.
Posted by Curtis 24thRCT-President at 12:58 PM No comments:

I Have a Dream speech by Martin Luther King .Jr HD (subtitled) (Remastered)


DURING THE CULTURAL REVOLUTION of the early 1960’s I became disillusioned with the social and political situation in America and decided to relocate to Africa, and in 1965 I left for Ghana with less than $300 in my pocket and a return ticket, which I later cashed in.


After being adopted by an Ashanti-Paramount Chief, Nana kwaku Duah (1966) and given the name “Kojo Acheampong.” I spent the next eleven (11) years living in Ghana, often traveling to Togo and the Ivory Coast to market my jewelry. I earned a living by learning and making jewelry using traditional designs which I carved from cow-horns and ivory and fully immersing myself in the culture.
On my return to the United States in 1976, I was able to contribute to the growing interest in African art and culture.
I have publishes  several books.. It was a BORN AGAIN EXPERIENCE.
https://www.amazon.com/gp/yourstore/pym/ref=pd_pyml_rhf
Posted by Curtis 24thRCT-President at 9:08 AM No comments:

I want to recommend this product at Amazon.com The Artist's Odyssey by Amazon Digital Services LLC Learn more: https://www.amazon.com/dp/B01CHKPX48/ref=cm_sw_em_r_mt_dp_U_55UWDb2RWXYVA 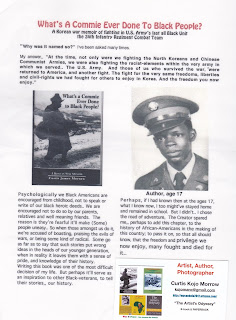 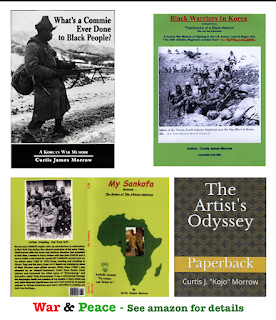 Posted by Curtis 24thRCT-President at 8:21 AM No comments:

MUST BLACK PEOPLE always be on the FORGIVING END? Like O massa, I'm sorry it cost'd you ($) for the two bullets it took to murder my brother... Or a Black judge forgiving & apologizing to a murderer, for having to sentence her to the minimum, for the cold bloody murder of a Black man. Make you wonder if she would've done the same, if the victim, had been her son or brother?🤔 ************** 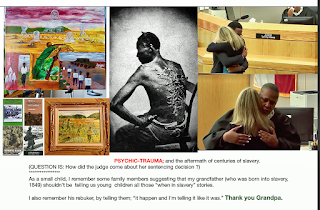 Posted by Curtis 24thRCT-President at 11:16 AM No comments:

Posted by Curtis 24thRCT-President at 7:56 AM No comments:

Posted by Curtis 24thRCT-President at 9:00 AM No comments: